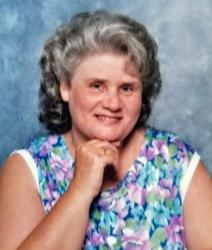 Betty Lou was born on May 13, 1950 in Houston, MO, to Vina Hinkle. She was later adopted by Leland and Frances Wilson and lived in West Plains, MO. Betty was united in marriage to Henry Busse on October 17, 1970 in St. Clair, MO, and they made their home in Bourbon. Betty was a homemaker and enjoyed raising her children. She also enjoyed camping and watching soap operas.

She was preceded in death by her son, Tony Collins; and six brothers:  Winford, Wayne and Buford Jordon and Sam, Ricky and Leo Cantrell.

It was Betty’s wish to be cremated. A Celebration of Life Gathering will be held from 12-4 p.m., Saturday, September 21, 2019 at the Meramec Caverns Pavilion in Stanton, MO.

All arrangements were under the care of the Eaton Funeral Home of Sullivan, MO.