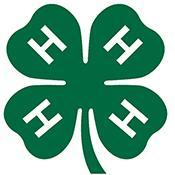 As the new year for 4-H at Strain-Japan begins, leader Matthew Stewart laid out the changes and his ideas for the year. Talk about a planner!

Next, we voted for the new officers. Franky Erxleben, President, and Ethan Turner as Vice President. Josey Williams is the Secretary, Katie Doyle is the Treasurer, Wyatt Lechten as the primary reporter and Jordyn Tilford as the Assistant Reporter, and Dawson Brendel and William Turner as Game Masters.

Many things happened such as brainstorming ideas for club classes like cooking, hunting, arts and crafts, welding and more! Matthew Stewart has many things in store for this year, be prepared for more reports by this amazing club.