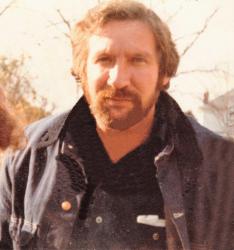 Johnny Curtis, age 75, of Sullivan, MO, passed away Sunday, June 14, 2020 at his home surrounded by his loving family.

Johnny Vertron Curtis was born October 6, 1944 to Harry and Helen (Adams) Curtis. He grew up and attended school in St. Louis, MO.  As a young man, Johnny entered the United States Army, becoming a Ranger, which he was very proud of.  Following his discharge from the service, he was united in marriage to Wanda Laird in 1968. To this union there were four children: Sharon, Robin, Nicole and Elizabeth.  Johnny and Wanda spent the majority of their lives living and raising their family in both St. Louis and Bismarck, MO.

Johnny spent his career as a truck driver as part of the Teamsters for many years until his retirement in 2002. He later moved to Sullivan in 2017 to be closer to his daughter, Nicole. Johnny enjoyed camping, fishing, and watching wrestling. He even obtained his own black belt in karate. He enjoyed a good game of pool and having a good beer from time to time!  His grandchildren fondly recall him sharing stories of being on the road as a truck driver. Although he was known as a man of few words, his words were meaningful when spoken. He will be missed by his family and friends.

He was preceded in death by his daughter Elizabeth “Biffy” Williams; his parents; a brother, David Curtis; and four sisters, Dorothy Bennett, Martha Sills, Phyllis Curtis and Carol Curtis.

Graveside services were held at 1:30 p.m. on Thursday, June 18, 2020 at the Jefferson Barracks National Cemetery in St. Louis will full military honors.

Friends may send online condolences to Johnny’s family at www.eatonfuneralhome.com.

All arrangements were under the care of the Eaton Funeral Home and Cremation Center of Sullivan, MO.